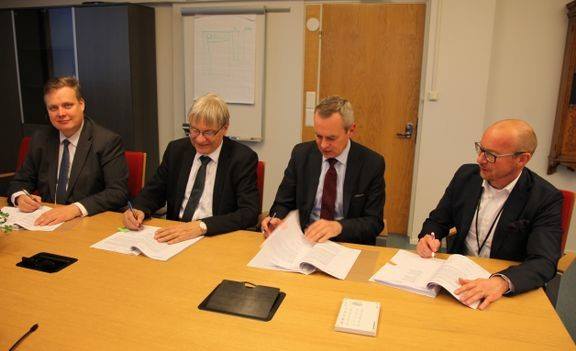 Metro service to Matinkylä to begin on Saturday 18 November 2017
The Metro extension from Ruoholahti to Matinkylä will open to passenger service on Saturday 18 November 2017.
“The Helsinki Metro operator HKL has informed us that it is now possible to start Metro service to Matinkylä. It is great to finally be able to provide rail services also in South Espoo and Lauttasaari,” says Suvi Rihtniemi, Executive Director of HSL.
“Now that all defects have either been fixed or are due to be fixed in the next few days and the other criteria have been met, our prerequisites to start passenger service have been met,” says Ville Lehmuskoski, Managing Director of HKL.
HKL will continue the preparations for the opening of the new Metro line next week. In addition, test runs on the full length of the Metro line will continue until the beginning of passenger service.

Two Metro lines
Passenger service will begin on Saturday morning 18 November. The first train on the new section of line will leave from Matinkylä to Vuosaari at 5.09am.
The Metro will operate on two lines: Matinkylä-Vuosaari and Tapiola-Mellunmäki. In the east, every other train goes to Vuosaari, every other to Mellunmäki as at present. In Espoo, every other train will turn around at Tapiola and every other will continue to Matinkylä.
On the shared section of line between Tapiola and Itäkeskus, the Metro will run every 2.5 minutes. During the daytime Monday through Friday as well as on Saturdays, trains will run approximately every four minutes. On Sundays and at other times, trains will run every five minutes on the shared section of line.
Вернуться к началу